Mixing senses to add flavour to a character. This exercise asks you to step out of the normal way that you experience the world in order to spur creativity. 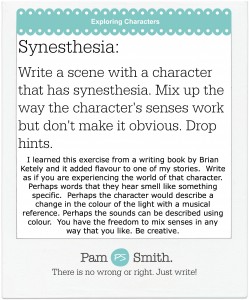