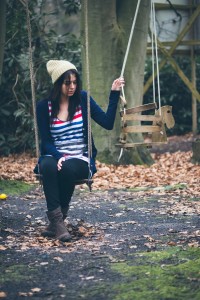 For some people, adversity can trigger creative growth

I recently read an article referencing a study by Psychologist Marie Forgeard of the University of Pennsylvania that tackled the question of why adversity and ingenuity seem to go hand in hand. It’s clear that many authors and highly creative people have overcome adversity in their lives.  To give you a flavour of what I mean:

So why does hardship seem to trigger creative growth in some people?

Dr. Forgeard’s study suggests that going through adversity may allow some individuals to see the world, and their place in it, in a different way.  She indicates that those individuals who scored higher in “openness to experience” were also more likely to show creative growth after trauma. According to a theory by Psychologist Ronnie Janoff-Bulman of the University of Massachusetts Amherst, trauma seems to shatter prior assumptions about the world and oneself.

Adversity kicks you out of your comfort zone

Here’s the good news.  You don’t have to go through trauma to experience essentially the same effect.  If you crack open your normal routine, you can kick-start your creativity.  Researchers found that experiencing any unusual or unexpected event that challenges your assumptions can trigger cognitive flexibility and get those creative juices flowing. My  advice:

Do something completely out of the ordinary!

Walk backwards to work.  Turn on the TV with your toes.  Eat pasta with your hands.

Knock yourself completely out of how you normally do things. Commit to doing something entirely unexpected today.  Oh, and don’t forget to write about it! Let me know what happens in the comments below!