Build a character by exploring the loss of one of your senses. 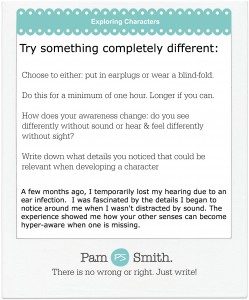