Make your scenes richer by paying close attention to the world around you. 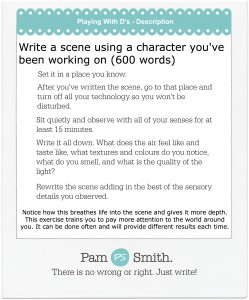 Posted in: Playing with D's,